I’m certain we’ve established that I, from time to time, have some pretty freakin’ bizarre dreams. Exhibit A. At times, they can be kind of disturbing. Exhibit B.

Recently, I had a dream that was, yes, bizarre. But it was less disturbing than it was incredibly awesome.

See, I should have known it was a dream from the start. Even before my wife, Jennifer Aniston, entered the picture. Just being married should have been the giveaway. Because, again, as we’ve discussed here before, I’m not likely to take a wife.

But to add to this nonsensical reality that my unconscious brain chose to explore in depth, we also had a daughter. She was about four. I don’t recall her name… she may not have had one… But I did put her to bed like was the friggin’ father of the year. Read her a story, tucked her in… the whole nine.

Once our darling child was snoozing away, my beautiful wife, Jennifer Aniston, and I had plans to stay up late watching a movie and possibly playing some kind of board game. I know, we are that couple.

Okay, I’m back. The events of the dream are not what were most memorable. It was the feeling… the emotion. It was bliss. I was absolutely in love with this woman.

I mean, who’s not a little in love with Jennifer Aniston?

But I didn’t even think I had a thing for Jennifer Aniston. I mean, yes, Friends is right up there with my favorite shows of all time. And, like I said, who’s not just a little bit in love with Jennifer Aniston? But to dream, out of nowhere, that she and I are married? Not just a couple doing coupley things… we existed in wedded bliss… with a child… Unheard of.

I remember being so disappointed when I woke up and realized it was all just a dream. Which is ridiculous in and of itself. Because how could that reality be anything but a dream?

To even imagine I would wind up with someone like Jennifer Aniston is ridiculous. First of all, she’s 11 years older than me. I mean, to look at her, you wouldn’t think she’s 50 years old. But I kind feel like that age gap could be an issue.

Second of all, look at me. No, really… just look at me! We’re talking about a woman who was married for a number of years to Brad Pitt. I am no Brad Pitt. I’m not even Brad Pitt in 12 Monkeys when he was doing that weird thing with his eye.

And I don’t really keep up with celebrity news like the E! Network would like me to, so I don’t know if she’s seeing anyone these days. Wasn’t she linked with another really decent looking Hollywood type? Did they get married? Engaged? Are they still together?

Apparently I have access to Google. His name is Justin Theroux. They were married for a couple of years. They are not married anymore.

I’ve said I don’t care if I never get married. I’ve said I’m not sure that I would want kids even if I did find a wife. But, apparently, my subconscious wants these things. And it wants them with Jennifer Aniston.

So, Jen (may I call you Jen?), if you’re out there somewhere reading this blog post written by this nobody from Roanoke, Virginia, I want you to know that I am open to exploring the possibility of a relationship, if that’s something that your subconscious also desires.

We can beat the odds. Age is just a number. And you don’t need a guy with classic good looks to make you happy when a guy with mediocre looks and a fantastic sense of humor can do the job on a pretty okay level. 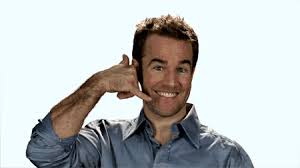 Feature Photo by freestocks.org on Unsplash

5 thoughts on “I’ll Be There For You”