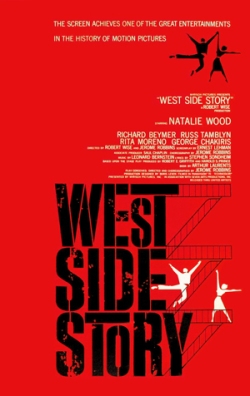 Mom tried to make me watch this one when I was a kid. Her reasoning, in theory, made good sense. After all, I liked other musical films: The Sound of Music, Grease, The Wizard of Oz. But I could never get more than 10 minutes into West Side Story. The problem I had was with the gangs. These were the tough guys? These were the guys that intimidated everyone in the neighborhood? The ones that are hopping around, arms flailing about, snapping in unison? I just couldn’t see it. Now that I’ve sat through the whole thing, I can plainly say it’s not my kind of story. Some of the music was good, but overall not impressive. But I liked it better when it was called Romeo & Juliet (and I didn’t even like that all that much).