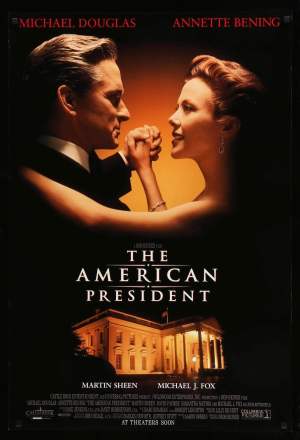 Quick synopsis… Widowed U.S. president Andrew Shepherd (Michael Douglas), one of the world’s most powerful men, can have anything he wants — and what he covets most is Sydney Ellen Wade (Annette Bening), a Washington lobbyist. But Shepherd’s attempts at courting her spark wild rumors and decimate his approval ratings in this romantic comedy. Rob Reiner directs, and Michael J. Fox and Martin Sheen co-star. The film was nominated for a Best Score Oscar.

Next week’s movie on the countdown is a Star Trek movie. There have been 13 Star Trek films to date. The one I’m watching next week is, by far and without question, the best of them all. Any guesses? You have a 1 in 13 chance of getting it right. And if you’ve been sticking with my blog for as long as I’ve been doing my Top 100, you’ll know you really have a 1 in 12 chance, since Star Trek: First Contact ranked at #95 on my list.

4 thoughts on “My Favorite Movies #23 – The American President”

My Tweets
Follow The Confusing Middle on WordPress.com
Join 2,204 other followers