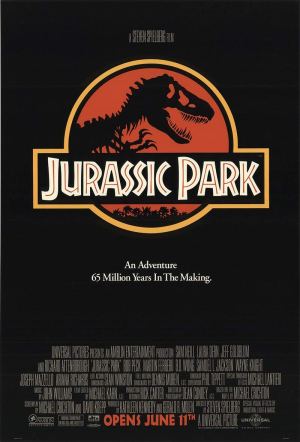 Quick synopsis… A multimillionaire (Richard Attenborough) unveils a new theme park where visitors can observe dinosaurs cloned using advanced DNA technology. But when an employee tampers with the security system, the dinosaurs escape, forcing the visitors to fight for their survival. Sam Neill, Jeff Goldblum and Laura Dern star in this thrilling, action-packed blockbuster from acclaimed director Steven Spielberg and based on the novel by Michael Crichton.

Okay, next week’s movie will beg the question, “Are you not entertained?!”

One thought on “My Favorite Movies #32 – Jurassic Park”