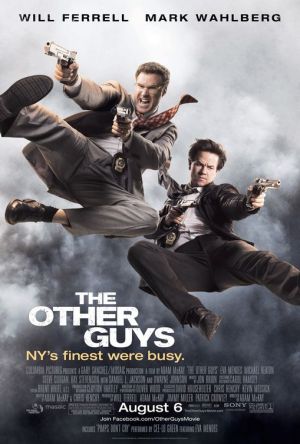 Quick Synopsis… While an elite pair of New York City cops nabs headlines for their amazing heroics, fellow boys in blue Allen and Terry toil in obscurity as lowly desk jockeys, until a big break finally gives them a chance to tackle real police work.

If you’ve seen The Other Guys, what did you think about it? Let me know in the comments. Tomorrow’s movie begins with a P, of course. Want to take a guess at what it is? It’s a big budget sci-fi setting starring two of Hollywood’s most popular people in recent years. It was highly anticipated and wound up disappointing a lot of people.

10 thoughts on “A to Z Challenge – The Other Guys”

My Tweets
Follow The Confusing Middle on WordPress.com
Join 2,210 other subscribers