If you joined us last week, you got a chance to see my personal Top 100 list of all time favorite movies. My criteria was not as stringent as that of the American Film Institute, but these will all be movies that I find entertaining. Therefore, I’m going to treat them a bit differently than I did with my AFI 100 reviews. This will be more like my Rewatching Buffy posts, with thoughts in list form as I watch the movies. Feel free to watch the movies with me! Up first is the bottom of the list… 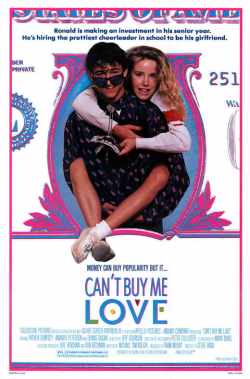 Netflix says… Tired of being an outcast, nerdy high school senior Ronald Miller decides it’s time for drastic measures: He offers his life savings of $1,000 to the most popular girl in school, cheerleader Cindy Mancini, in exchange for dating him for a month.