Quick synopsis… When 11-year-old Riley moves to a new city, her Emotions team up to help her through the transition. Joy, Fear, Anger, Disgust, and Sadness work together, but when Joy and Sadness get lost, they must journey through unfamiliar places to get back home. 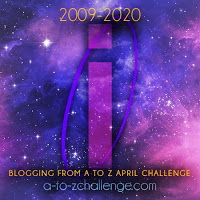 Thanks for tuning in to Day Nine of the 2020 A to Z Challenge! If you like Disney movies, then stick with me for the rest of the month. I’ll be doing a movie beginning with each letter of the alphabet each day (except Sundays) all month. And I’ll try to give hints about the next day’s movie in case you want to take a guess in the comments.

Clues for tomorrow’s movie are that it begins with a J and it’s a Disney movie. Just kidding… We’re heading back to the land of live action for a lesser-known ’80s flick that takes place during the Great Depression and stars John Cusack. Any guesses?

7 thoughts on “A to Z Challenge – Inside Out”