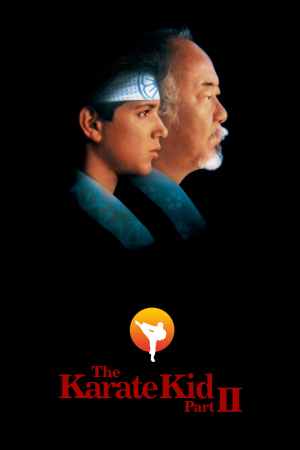 Quick synopsis… In this high-kicking sequel, karate champ Daniel LaRusso and his mentor, Mr. Miyagi, travel to Okinawa, where Miyagi visits his dying father and rekindles his feelings for a former flame — which leads to a confrontation with a longtime rival.

Unfortunately, this was the last great movie in the Karate Kid franchise. Part III wasn’t great. The only good thing about The Next Karate Kid might be that it introduced a lot of us to Hilary Swank. And let’s not even discuss the “remake” with Will Smith’s kid. Although, at least he was actually a kid. Wasn’t Ralph Macchio in his 30s by the time they made this movie? I’ll say this, though… If you want a good follow up to The Karate Kid, check out Cobra Kai on YouTube. Two seasons are available to watch and they are well worth it.