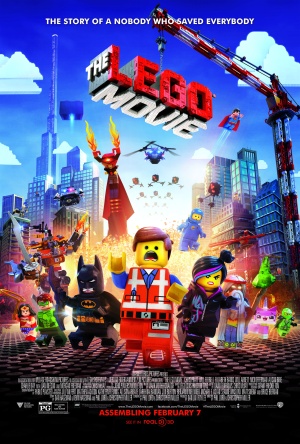 Quick Synopsis… After being mistaken for the LEGO Master Builder, ordinary mini-guy Emmet is swept up in an urgent quest to thwart the evil plans of Lord Business. Emmet’s adventures include daunting challenges and hilarious missteps in this computer-animated epic.

What are your thoughts on The Lego Movie? Do you find that everything is awesome?

I kind of can’t help but throw this out there… The sequel was less impressive and kind of proves that the novelty of Lego themed movies is wearing thin. Although, I’d probably classify The Lego Batman Movie as funnier. But that’s because it plays into a lot of the superhero stuff that I’m such a big fan of.

One thought on “My Favorite Movies #56 – The Lego Movie”