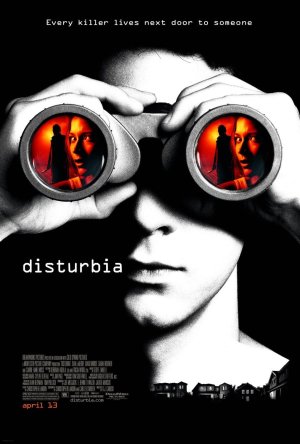 Quick Synopsis… In this modern retelling of Hitchcock’s thriller Rear Window, a troubled teen sentenced to house arrest begins watching his neighbors out of boredom — only to discover evidence that a serial killer lives a stone’s throw from his home.

Overall, I do think this is a pretty good movie. It’s heavily influenced by Hitchcock’s Rear Window, which is my absolute favorite Hitchcock film. Tomorrow’s movie is a fairly recent teen rom com that is also heavily influenced by another classic, The Scarlet Letter. Any guesses? Let me know in the comments!

10 thoughts on “A to Z Challenge – Disturbia”