I like a certain amount of realism in my movies. I know, this coming from a guy whose favorite movies usually involve guys who wear capes and can fly. But when you’re telling a story that fits in the real world, it should be told in realistic ways.

For example, when your movie opens in Moscow and your main character is a Russian woman who interacts with other Russians, then your characters should probably speak Russian. 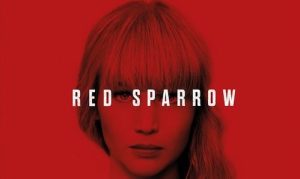 Red Sparrow was released this weekend. If you’ve seen the trailer, you probably know that Jennifer Lawrence plays a woman who is coerced into going through training to become a special kind of Russian spy known as a sparrow. I read somewhere that J Law spent four months practicing her Russian accent for this role.

I’m sorry… She practiced an accent for four months, but she couldn’t have learned Russian lines? Dolph Lundgren learned his lines in Russian for Rocky IV. Are you telling me that an Academy Award actress couldn’t do the same?

What is it? Did she not want to learn the language? Or… at least… enough of the language to play this part?

As I said, in a movie that could, conceivably, take place in the real world, a certain amount of realism is nice to have. But if you’re going to suspend reality and have everyone in Moscow speaking English, why go to the trouble of having them do so with a Russian accent?

Though, I suppose if half the movie’s dialogue had been spoken in Russian, I’d have complained about having to read for more than an hour…