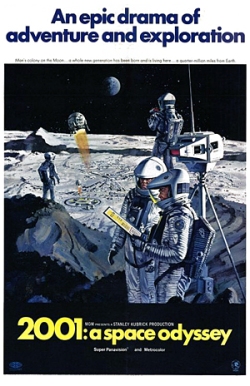 This is one I’ve made myself watch before. I’m not sure why. I think, at one point, I decided that, if I was going to consider myself a movie lover, this was one of those movies that I needed to see at least once. And I remember not loving it. So I wasn’t looking forward to reaching it on this list. But, here we are. Maybe I’m not particularly a fan of Kubrick. I know I didn’t much care for A Clockwork Orange when I watched that one for this AFI series.

I get that it’s a classic. It’s got a beautiful soundtrack. But, overall, I find it to be a fairly dull film. Maybe I’m uncultured. But I prefer my space epics to feature lightsabers and scruffy-looking nerf herders.