I’ve got this group of friends that I’ve grown very close to over the years. They’re three guys that I went to college with. We all graduated around the same time and have managed to stay in close contact in the years since. For these three brothers, I’d do just about anything. I’m confident that they would say the same about me. But recently, it dawned on me that I may not actually have that much in common with these friends of mine. 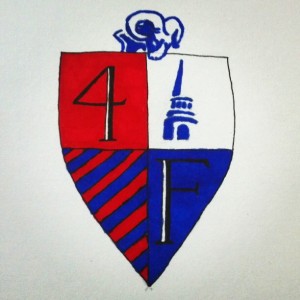 By way of back story, we call ourselves the “Four Fathers.” Honestly, I’m not sure where the name came from or why it exists. I’m going to claim that I came up with it at some point in the past, though I’m sure someone somewhere could dispute that claim. My guess is the name for our little group stuck because there are four of us. The “fathers” part really only applies to one of us (with another joining that club in the near future). Maybe it’s just a play on the term “fore fathers.” Whatever the case, it stuck.

As the Four Fathers, we’ve participated in road trips and competitions. If nothing else, these things certainly have kept our friendships active throughout the past decade or so. We even have a trophy, known as the Four Fathers’ Cup, which, in theory, is to be passed on from one winner to the next after the various competitions that we participate in throughout the year. In reality, the cup has been sitting on one of the guys’ homes ever since it was first purchased. It’s waiting to be engraved with the Four Fathers’ Coat of Arms.

None of these guys has ever referred to me as Wormtail. I’ve been called the Blitz on a number of occasions, a reference to Jorge Garcia’s twice appearing character on How I Met Your Mother. If you’re not familiar, the Blitz is the guy who misses out on awesome stuff that the rest of the group gets to do. I’ve missed out on a couple of the planned road trips, as well as other spontaneous events, which has led the guys to refer to me as the Blitz. To which I always respond, “Aww, maaaaan!” 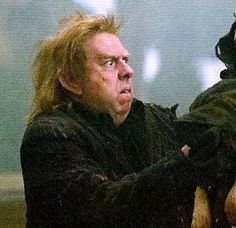 And while the Blitz is a title that is all too fitting, I feel I could easily be known as the Wormtail of our quartet, as well. What do we know about the character of Peter Pettigrew from Harry Potter lore? Well, first and foremost, he’s a traitor. But I certainly hope no one believes I’m capable of selling out my friends for my own personal gain. I’ve been told I’m loyal to a fault, so I really don’t see that part of Pettigrew’s personality being a trait that I share. But he was also the friend that was always on the outs with the other guys. James, Sirius, and Remus were the cool guys. They were talented and always getting into something exciting during their days at Hogwarts. And they let this why runt pal around with them, probably because he happened to also be a Gryffindor. He probably didn’t have a lot in common with the other three Marauders, but he so desperately wanted to fit in.

Sometimes that’s how I feel with the other Four Fathers. Not that they’ve ever made me to feel that way. It’s just that, most of the time, their interests don’t really match up with mine. Those competitions we get into to lay claim to the Four Fathers’ Cup? More often than not, I couldn’t care less about winning. And that’s mostly because, going into any given competition, I know I don’t have even a slight chance of winning.

Here are some examples of the competitions: We fill out brackets for the NCAA basketball tournament. We look at the college football bowl match-ups and choose what teams will win each game. We have a fantasy football league. What do these events have in common? They’re all sports related. I’d love to say that I’m interested in sports statistics and care who wins and loses in the sportsball matches, but I just don’t. I’m not the kind of guy who pays attention to ESPN on a daily basis. Not even a weekly basis. The most exposure I get to ESPN comes when I go to SportClips to get a haircut every other month.

So I don’t know enough about the 64 teams in the NCAA tournament to make logical predictions for my bracket each spring. I don’t know a whole lot about the football programs that get invited to the bowl games each winter. And I honestly couldn’t care less about the NFL, making my fantasy team about the most pathetic thing you’ll come across (though I did somehow manage to make it to our league’s version of the Super Bowl). With all of that, it’s hard for me to get my hopes up that I’ll win any of those competitions. It’s hard for me to even care enough to become competitive or talk trash to the other guys. So those group texts that I’m always included on? I usually just ignore them because I’m not paying attention to the NCAA championship game as the teams play late into the night.

And the road trips? They’re fun. Well, I’ve actually only ever been on one where it was all four of us. It was to a sporting event. The first ever Big 10 championship football game several years ago in Indianapolis. And it was a fun trip. But for me, it wasn’t about seeing the game or caring which team won. It was about getting into a car with three of the best friends I’ve ever had and just hanging out for a weekend. When I’m able to go, that’s all I really care about. But it makes it hard for me to justify the expense of buying a ticket to a game where I don’t really care about the outcome.

That’s why I consider myself the Wormtail of the group. I’m just this guy that the others allow to tag along whenever I’m actually able to tag along. Now, I don’t want you to think that these guys have caused me to feel this way. And I’m not necessarily saying it’s a bad thing, considering I’m not the same, disloyal Wormtail found in the Harry Potter books. I’m just saying I’m the odd man out. I said it before and I’ll say it again, I love those guys like they were my brothers and would do anything for any of them at the drop of a hat. Just don’t ask me to figure out which of them is Moony, Padfoot, or Prongs. Although, now that I sit and think about it, I probably could…

One thought on “Discovering I’m the Wormtail of the Group”

My Tweets
Follow The Confusing Middle on WordPress.com
Join 2,176 other followers