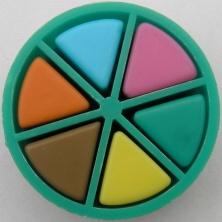 Don’t worry, it’s all trivial knowledge. It’s not as if I’ve been spying on people and I’m hoarding all of your deepest, darkest secrets. And even if I did know your personal secrets, I’m pretty trustworthy. I don’t share secrets that aren’t mine to share. I’ve been holding on to the whole Clark-Kent-is-Superman thing for years. I mean… oops…

Anyway, the things I know are odd bits of information. I don’t know where they came from. They’re the random facts I’ve picked up from things I’ve seen or heard or read over the years. I use all that random trivia to my advantage at every possible opportunity. I’m able to provide a well-timed quip from a movie line to get a laugh. I’m able to pull out an uncommon fact to help score points in a trivia game. But having a brain like this can have its downside.

Sometimes, I’m a little afraid that people will view me as an insufferable know-it-all and they won’t invite me back to their game night. Actually, I don’t care what they think of me. But their negative opinions could lead to a general shying away from Trivial Pursuit while steering toward strategy games like Settlers of Catan or Risk, which I absolutely suck at.

People know I’m a font of information. And the people who know me well are able to count on me for answers to questions that come up in conversation. People who know me really well know they can’t always take my facts at face value. Most of the time, I’ll give out facts to the best of my knowledge. If I’m unsure, though, I’ll make some facts up. I guess that makes them not facts. But I’ll challenge unbelievers to Google it if they want to test me. That confidence generally convinces people not to bother putting in the research time. So the people who know me really well know that I can be a good liar when I want to be.

I have yet to determine how best to use this talent for monetary gain. There aren’t a lot of careers out there with “Cesspool of Useless Knowledge” in the job description. I’m open to ideas. Meanwhile, I patiently await the call from Alex Trebek asking me to appear on Jeopardy!