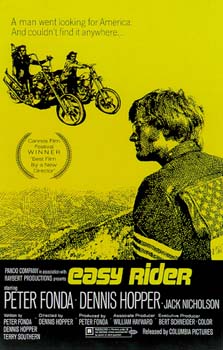 Netflix says… With cash from a cocaine sale, freewheelers Billy and Wyatt hop on their motorcycles and ride across America toward New Orleans. Along the way, they add boozy lawyer George to their trouble-finding, society-questioning entourage. Dennis Hopper writes, directs and stars in this landmark 1960’s counterculture film; Peter Fonda co-writes and co-stars. Jack Nicholson earned a Best Supporting Actor Oscar nomination for his role as George.

In high school, when I was part of a group that worked on the 60’s for the Decades Project, I read about how controversial this film was. I read about the effect that it had on people. But I never watched it. And now I have. Like with other movies that I haven’t really cared for, maybe it’s just a generational thing. I can’t throw this one into my personal top 100.