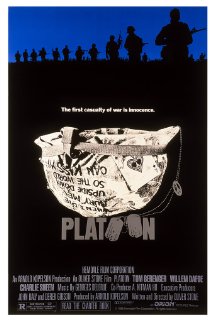 Hey, remember when Charlie Sheen was an actor and not just a go to headline for Entertainment Tonight? Yeah, it was a simpler time. I’d never seen this movie before. For some reason, movies about Vietnam don’t really do much for me. Unless the main character is one Forrest Gump. This film wasn’t much different for me. I’m not sure why I can appreciate a World War II flick more than I can a Vietnam flick. Honestly, I had the same sort of reaction to Full Metal Jacket. It’s not that I think these movies are bad, I just walk away from them thinking, “That was messed up.”